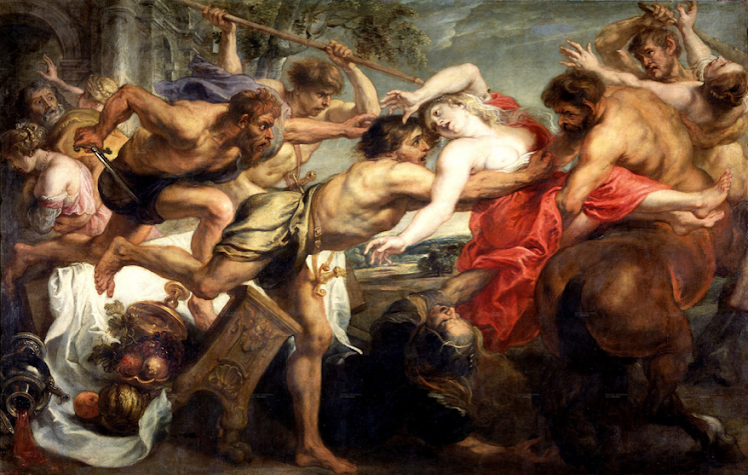 “Joan was quizzical studied pataphysical
Science in the home
Late night all alone with a test tube,
Oh oh, oh oh…………………”
Pataphysics is a French absurdist concept. It is a pseudo philosophy that pretended to probe beyond metaphysics. The Beatles mentioned the word “pataphysical” in their 1969 song “Maxwell Silver Hammer” from Abbey Road.   Pataphysics as Alfred Jarry defined it was a science of imaginary solutions, mixing science, science fiction, technology and art.
Alfred Jarry (1873-1907) was a French writer born in Laval, Mayenne. At the age of 15 he had written Ubu Roi in collaboration with a classmate at the Lycee de Rennes to ridicule a pompous mathematics teacher. The coarseness of the language and anarchistic tones shocked even W.B. Yeats who attended its opening night on December 10, 1896 at the theatre de L’Oeuvre.
Jarry quickly drifted into a chaotic bohemian life. “We won’t have destroyed anything unless we destroy the ruins too”, was his program. He was a midget, had a taste for absinthe and lived in a bizarre apartment. Gide wrote of him: “his face was dusted with flour, he had a mechanical speech without intonation, the syllables were even spaced and his words were made up or distorted”. He even spoke in a high falsetto. Jarry died of alcoholism and tuberculosis at age 34 in Paris. He was a predecessor of the theater of the absurd and his writings had a profound influence on the Surrealist and Dada movements.
http://www.youtube.com/watch?v=GTNIqJE80nQhttp://www.youtube.com/watch?v=GTNIqJE80nQ
Posted by Lejardinducentaure at 6:25 PM